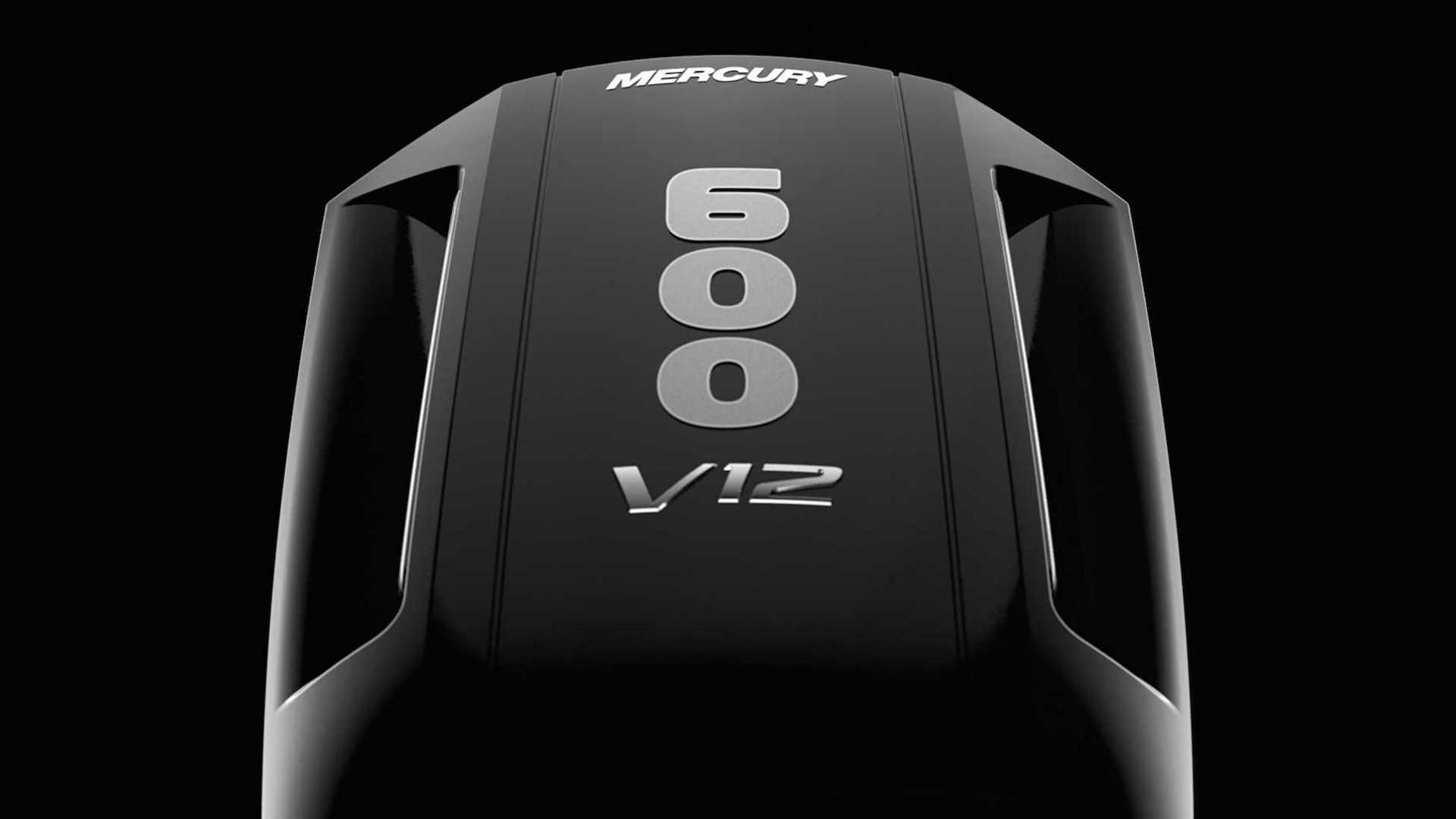 Furthering the legacy of the Verado® engine family, Mercury reimagined outboard performance to deliver the ultimate luxury boating experience. With the unwavering strength of a V12 powerhead, the 600hp Verado outboard delivers extraordinary range and performance to take your boating adventures to new destinations. Revolutionary advancements in handling and control are made possible by the outboard segment’s first steerable gearcase and an industry-first two-speed transmission. Quiet, smooth and refined, this is the engine that elevates the standards of premium design and engineering.

The outboard segment’s first V12 powerhead delivers superior horsepower and performance in a surprisingly compact footprint. Combined with the steerable gearcase and simple, streamlined rigging, the design allows the engine to mount on 27-inch centers, so boaters can fit as much power as they need on the transom.

The two-speed transmission makes easy work of transferring 600hp to the gearcase. It doles out maximum torque and acceleration in first gear then silently shifts to second for efficient cruising and thrilling top speed. No shift clunk. No limitations. Only smooth, impressive power.

Electro-hydraulic controls allow the steerable gearcase to react instantly to driver commands. With no movement from the engine above water, there are no distractions – only precise maneuverability around docks and smooth, effortless handling in open water.

A new series of dual props were expertly crafted to harness the full potential of 600hp. Designed to run in a contra-rotating configuration, the new propellers power the boat on plane swiftly and efficiently, while delivering exceptional handling and fuel economy at midrange speeds.

For more information and Performance data on this engine including applications to Boston Whaler, Formula, SeaRay and more visit the following link – https://performancedata.mercurymarine.com/performance-tests

Industry-leading 7.6 liters of displacement and a performance-inspired quad-cam design generate exceptional torque to make easy work of propelling heavy boats on plane. Because the engine works less, it runs longer, for uncompromising reliability.

The V12 Verado outboard establishes new standards for smooth and quiet operation. Even at 600hp, noise and vibration are on par with the V8 300hp Verado outboard – and superior to the competition.