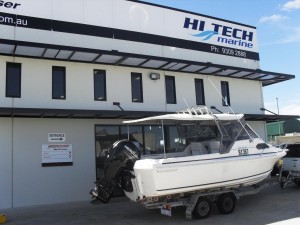 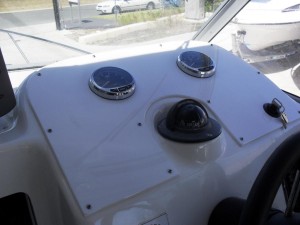 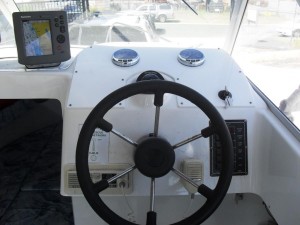 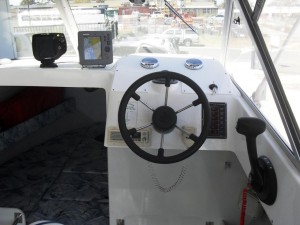 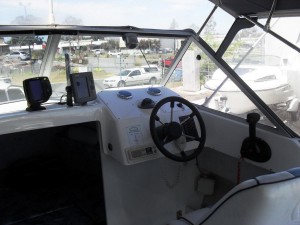 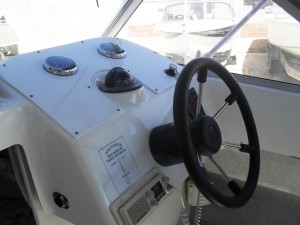 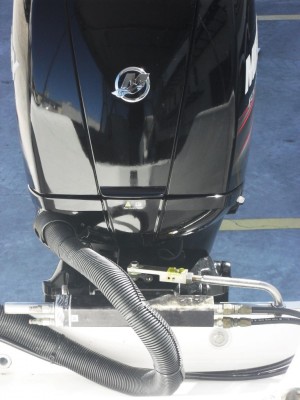 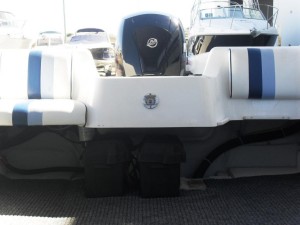 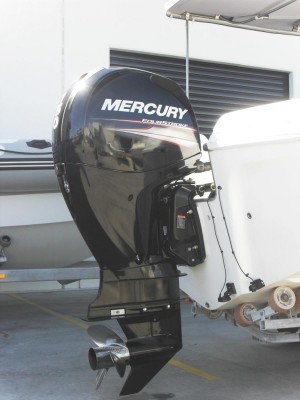 The Mercury 150hp Fourstroke Outboard engine fitted by Hitech Marine comfortably and economically powers this 21 Caribbean Reef Runner
to a top speed of 39 knots when opened up.
At cruising speeds of between 19 and 32 knots the engine consumes around 0.44 of a Litre per kilometre travelled.

The owners are not only saving fuel with increased power, but the engine is much lighter and quieter than the old injected two stroke engine.
See the Performance & economy figures below or download... For more information, the right advice & the best Mercury Engine deals, see the certified team at...