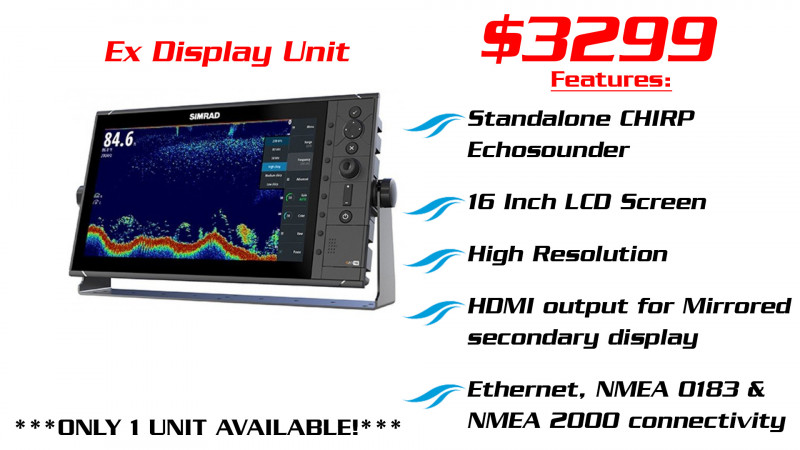 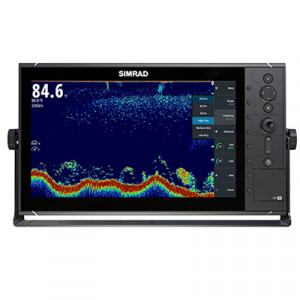 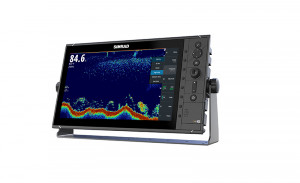 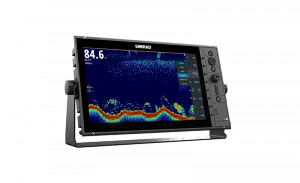 The Simrad S2016 Fish Finder combines CHIRP-enabled Broadband Sounder™ sonar with a 16-inch widescreen display for an extensive on-screen history, and intuitive keypad-driven operation for reliable control in all conditions. This dedicated echosounder integrates seamlessly with multifunction displays and Simrad glass bridge systems, while offering charter captains and long-range sportfishing vessels the reliability of a self-contained sonar platform. The robust S2016 supports either bracket or flush-mount installation for an easy fit aboard any vessel.

*Simrad Commercial S2009 and S2016 products currently only support limited Ethernet networking capabilities to Simrad BSM-2 and BSM-3 sounders. Full Ethernet networking to the Simrad line of Displays and ECDIS, as well as the SonarHub sounder module will be implemented in the RTM2 software release expected delivery June 2016.

The S2016 features a built-in Broadband Sounder™ module with CHIRP technology. Transducer installation is simple thanks to a plug-and-play port for Simrad and Airmar transducers with blue seven-pin connectors. Already have a suitable transducer installed with a different connector? Optional adapters deliver compatibility with many existing Simrad, Airmar, and third-party transducers for an easy and cost-effective retrofit.

If you’ve used your sounder in heavy seas, you may have noticed a ‘wavy’ or corrugated pattern to the sea floor on your display. Heave compensation works with a compatible satellite compass, such as the Simrad HS60 or HS70, to eliminate the vertical effects of wave action from sonar depth measurements. This counters the ‘wavy’ distortion on screen, enhancing the accuracy of bottom tracking in rough conditions.

The S2016 offers a combination of excellent vertical detail and a lengthy on-screen echosounder history, with a high-definition 16-inch widescreen display. This reduces your need to zoom or scroll, while making it easy to backtrack to promising areas.

The S2016 Fish Finder offers a range of features to quickly and easily adjust the on-screen image to suit the task at hand.

- White Line clearly separates the water column from the bottom with a high-contrast white line, for enhanced bottom visibility.

- White Marker allows any user-selected colour from the fish finder image to be replaced with high-contrast white, highlighting specific sonar echoes corresponding to fish or other targets of interest.

- Colour Erase allows any selected colour to be blended into the background, eliminating unwanted noise or unimportant features from the display.

The S2016 is operated by an integrated keypad and rotary dial. Direct-access menu keys beside the display provide intuitive control of on-screen menu options, for one-button access to key settings and features. With reliable, long-life operation and clear tactile feedback, the S2016’s large buttons are suitable for use in rough seas, while travelling at speed, and with wet or gloved hands.

Designed to meet the needs of serious offshore sportfishing enthusiasts and commercial fishing operators, the S2016 supports either flush-mount installation in a console or dash, or bracket mounting with an included gimbal bracket. Watertight rear connectors mean the S2016 is IPX7 water-resistant from all sides, in either type of installation.

The S2016 includes Ethernet connectivity to share sonar data with other Simrad systems including NSS evo2 and NSO evo2 multifunction displays. The S2016 may also be used as a dedicated fish finder display for the built-in Broadband Sounder™ module on NSS evo2 systems, freeing your multifunction display for other purposes such as navigation, radar, or StructureScan® 3D imaging.

Other devices may be networked via the S2016’s NMEA 2000® and dual NMEA 0183® ports, enabling additional functionality such as marking a waypoint on your chartplotter via the fish finder’s history display to revisit a promising spot.

Connect a Simrad MO-series marine monitor or other compatible display to the S2016’s HDMI output to create a secondary fish finder display mirroring the built-in screen. This makes it easy to provide echosounder visibility at two stations, without the need for a second dedicated fish finder or multifunction display.

The S2016 is capable of recording sonar history to a full-sized SD memory card, easily inserted and removed via a waterproof access hatch on the front panel. Recorded sonar logs can then be uploaded from your PC or Mac to the cloud-based Insight Genesis™ service, which automatically creates custom fishing charts for use on your compatible Simrad chartplotter.